Scotland, it’s time to go see this beautiful land. Last year our ride was to take us from Germany to the Horizon’s Unlimited meeting, HUBB, in the UK and then on to Scotland and Norway. Britain’s Brexit vote cancelled those plans. In anticipation of the vote the ferry to Norway had closed down.

Getting ready to leave we call the airline to discover our flight into New York from Boston and then on to London were at two different airports, LaGuardia and JFK, without the time available to make the connection. Shit. We quickly rented a car for a ride down to JFK airport and left a little time for a trip to the National 9/11 Memorial where the Twin Tower’s had once stood. A somber experience indeed as we look at photos and listen to actual recounts of the tragic day in American history. 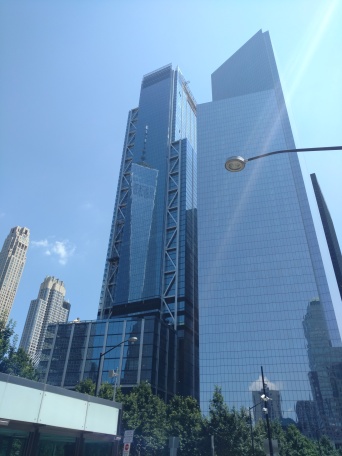 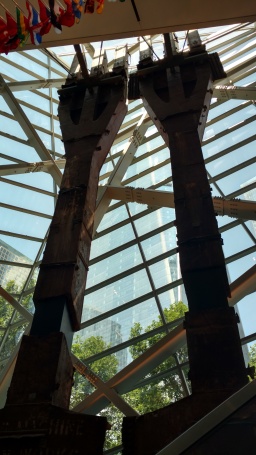 Arriving in London the next morning we grab our car (yes, you read that right, no bike) and drive north towards the walled city of York. We check out the Clifford’s Tower and continue on finding a great campsite full of chickens and a carvery right around the corner. Exhausted, we sleep well our first night back in the UK. 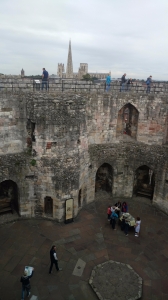 The next morning we head north to Hadrian’s Wall and find a campsite within a mile of some very well preserved area of the wall. It rains, which we expect, but we trudge along through the saturated bogs and mud checking out the wall and turret. 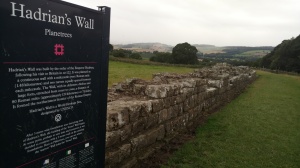 Hadrian was a Roman Emperor and built this wall in an area near what is now the Scotland/England border in AD 122. It stretched almost 80 miles from this narrow section in the UK from coast to coast.

The next morning we headed along the wall to Carlisle Castle which is the most besieged Castle in the country with sections still is use by the military. We explored the structure and were amazed at it’s long colorful history. 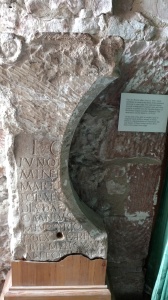 It was raining again today and this seems to be the theme of our trips to the UK. While camping we have had to deal with another wild beast of this land, the flying teeth, the midgie. You know it’s going to be tough when you are setting up your tent and the other campers are watching you through the protective covering over their heads, mosquito netting. I have some also, just back in the US, in the panniers of my motorbike parked in New Mexico.

Today we will be heading to the Glen Coe region of Scotland. Our route took us through Loch Lomond & The Trossachs National Park. This road was two track, sometimes one track, through some of the most beautiful terrain we have ever been through. It seemed as if we would never reach our destination as we were having to stop every few minutes to take a picture of another beautiful sight. We were surrounded by mountains, valleys, waterfalls, lochs and sheep the entire way. The road curved and climbed and dipped following the rugged terrain in what would appear to be a very inhospitable land. Then, around a corner, a 300 year old house would appear, sheep farming had had been done for generations. Smoke from a peat fire would be curling out of it’s chimney keeping the chilly summer at bay. I will have to return to take in all the beauty. 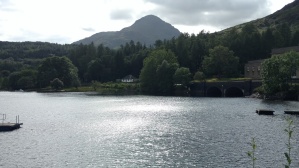 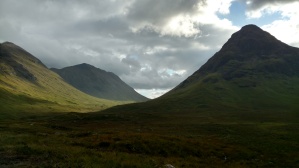 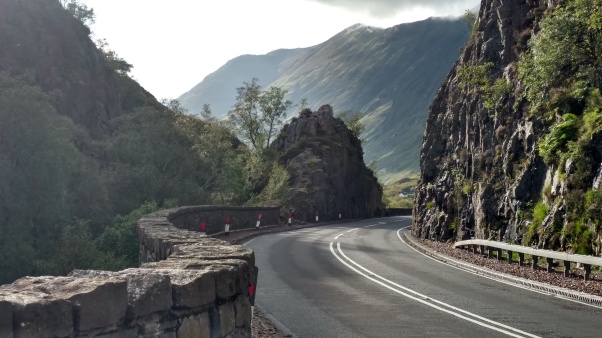 We found a busy campground at Glen Nevis with so many tent campers it was amazing. Old people and young people sleeping in tents that ranged from light one-man tents to enormous multi room tents set up for a week at a time. The roads are so small even a tiny pull behind camper would find it difficult to reach this destination. A food cart was set up for convenience and was busy all night, serving up tasty fresh caught haddock and chips, being washed down by a good selection of inexpensively priced ales and ciders.

The night was chilly and rainy and we were told Scotland’s summer happened one day back in July and this was just pre winter. In the morning we headed for the Isle of Skye but we only got part way as we stopped to hike the Fairy Pools at Glen Brittle. These pools are a series of cascading small waterfalls forming tiny pools of water before continuing the process again. We hiked down into a glen then followed the path along the flowing water up the mountain to where the pools began. People were hiking and kids stomping in the water when at the farthest point, the skies opened up soaking all of us when a cold and driving rain chased us all back to our cars. 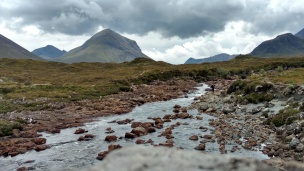 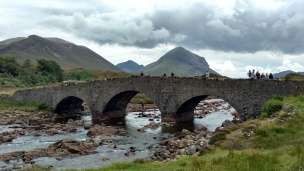 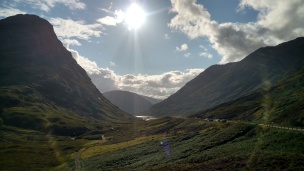 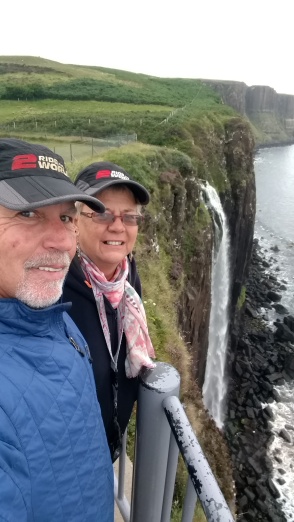 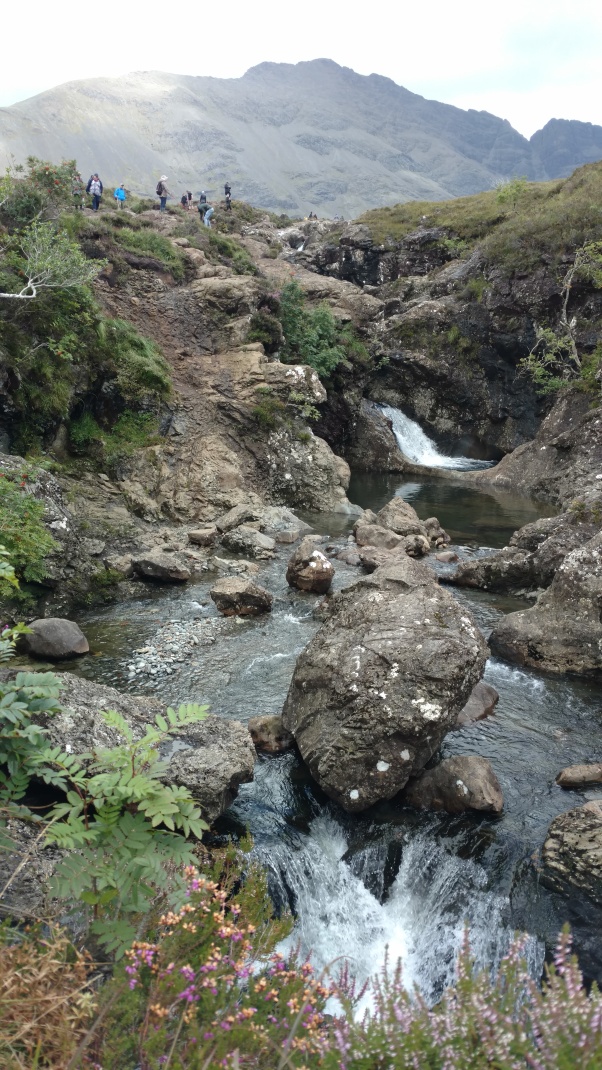 We found another nice campground on the water and cooked an easy supper as the Midgeees were out in force. Think tiny flying bugs with huge teeth. If there is water you can count on these pesky critters joining you for the evening.

The next couple days we spent hugging the coastline and savoring the incredible scenery to John O’Groats. The car ferry and tour to the Orkney Islands was booked at least three days in advance, so unfortunately on this trip we will have to miss that. 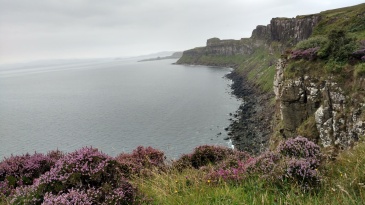 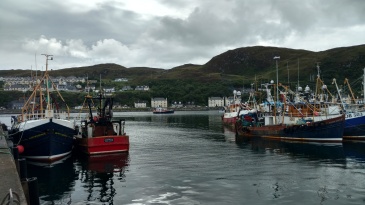 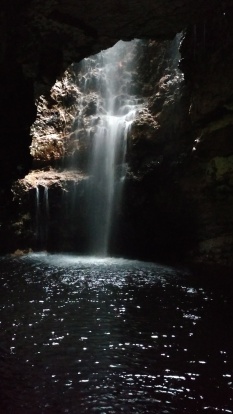 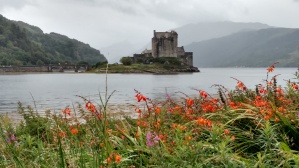 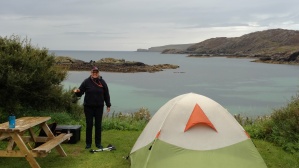 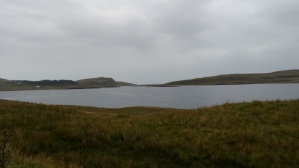 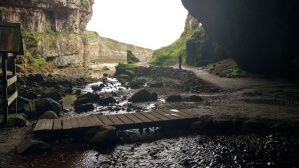 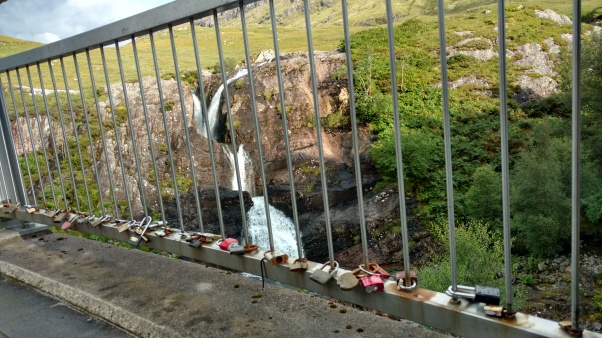 Like at Lands End, the southern most point on the UK, this is very commercialized. It was on and off raining and we grab dark quick pictures of the sign post. Interestingly enough, Bluff new Zealand was highlighted to the south at 12875 miles away. 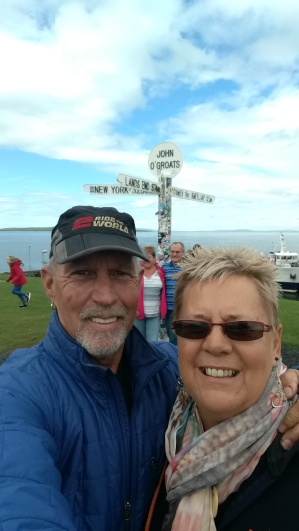 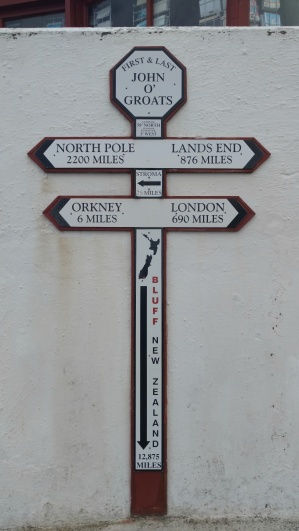 We found a campground a bit south on the ocean and we were devoured by those small pesky bugs. We cooked supper while we were swatting and jumped into the tent as soon as possible.